QUESTIONS IN THE JUNOT DIAZ CONTROVERSY CONTINUE TO MULTIPLY

(Is this Dara Levy?)
*******
THE QUESTION TODAY is: To what extent does major media manufacture news stories?

The Related Question: Was the Junot Diaz controversy created by media– in coordination with the three main accusers?

Start examining the timelines of the quick reaction to the encounter between Zinzi Clemmons and Junot Diaz  which occurred May 4th at the Sydney Writers Festival, and it begins to look that way.

OUR STORY properly begins, however, with an email sent 12/18/2017 by Buzzfeed‘s Dara Levy to author Zinzi Clemmons. (Clemmons tweeted out a copy of the email several days ago, July 1.) In the email, Levy says,

I’m a reporter at Buzzfeed News and wanted to reach out regarding this Facebook post . . . particularly, your comments about a Pulitzer-prize winning, supposedly woke writer of color. We’ve been looking into a number of tips . . . One of the tips we received sounds very similar to the ‘Pulitzer-prize winning’ person you mentioned, so I wanted to see if you might be comfortable sharing a little bit more information with me on the phone.

In April, after the Junot Diaz New Yorker magazine memoir came out, there began a series of rumors and inferences on twitter which may have been aimed at Diaz.

Then: Friday, May 4th at the Sydney Writers Festival. A 3 p.m. panel discussion. From the audience, Zinzi Clemmons asks Junot Diaz a question which others in the audience take as embarrassing. She drops the microphone and stalks away.

Almost immediately afterward, 5:05 pm Sydney time (3:05 am Eastern Time), Zinzi tweeted her accusation about an event from several years ago.

As a grad student, I invited Junot Diaz to speak to a workshop on issues of representation in literature. I was an unknown wide-eyed 26 yo, and he used it as an opportunity to corner and forcibly kiss me. I'm far from the only one he's done this 2, I refuse to be silent anymore.

I was 32 and my first novel hadn’t come out yet. I was invited to a dinner and sat next to him. I disagreed with him on a minor point. He shouted the word “rape” in my face to prove his. It was completely bizarre, disproportionate, and violent. https://t.co/WQr0hLW8Z5

The third main accuser, Carmen Maria Machado, followed with her own detailed thread shortly after that–

During his tour for THIS IS HOW YOU LOSE HER, Junot Díaz did a Q&A at the grad program I'd just graduated from. When I made the mistake of asking him a question about his protagonist's unhealthy, pathological relationship with women, he went off for me for twenty minutes. https://t.co/7wuQOarBIJ

Coordinated? It sure looks that way. Especially when you realize that Machado and Byrne discussed on twitter taking Junot Diaz down as far back as 2015.
******* 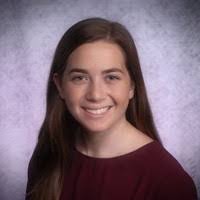 THE CURIOUS person in all this is Dara Levy– the reporter who’d contacted Zinzi Clemmons about Junot Diaz back in December. After the Clemmons-Diaz exchange in Sydney, and the follow-up tweets, Buzzfeed was one of the first news outlets to cover the story, with an article penned by Amber Jamieson and Dara Levy, here.

Buzzfeed is the only news outlet I can find which has quotes from actual attendees, as if they had a reporter on the scene. (Why would they?) In their article, they cite four attendees spoken to. (Other outlets, like Vulture, cribbed from Buzzfeed’s reportage, using the same quotes and linking to their article.)

Curious, curious. Also curious is the way so many news outlets around the world– Vanity Fair, New York Times, CBS News, ABC News, The Guardian, The Independent— quickly ran stories on the exchange, though they had a short time frame to do so– even given the time difference between Sydney and cities like London and New York.

WERE these media outlets prepped in advance?

The Sydney Morning Herald ran an article the day after the Diaz-Clemmons exchange which was penned by two writers from the New York Times, Alexandra Alter and Jonah Bromwich– as if the New York-based writers and their publication were more ready for the event than were Sydney’s journalists.

KEEP IN MIND that the exchange between Diaz and Clemmons was the kind of rushed, hectic encounter which onlookers couldn’t hear clearly, and which they had little-to-no idea what it was about. On its own, it would have caused scarcely a ripple. Only that what appeared to be a series of prearranged tweets– and possibly prearranged notifications to press outlets– turned a short dialogue into a controversy covered across the globe, which has yet to end.
*******