THE PROBLEM with so-called serious literature is that it’s pitched at a narrow audience, and not at the vast bulk of the American public. (Pitched really, at upscale editors at desks in London and New York.) 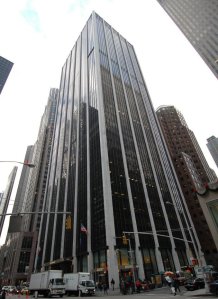 Occasionally establishment writers give the game away, as did renowned young novelist Sally Rooney in Issue #30 of The Moth Magazine:

A lot of what (literature) does, to me, is reassure bourgeois readers by saying, you read fiction, you are a member of a particular class. . . the question for writers who have a social conscience is, how do you challenge that in some way while still working within the same industry that produces it, and I don’t really know what the answer is.

Then there’s the recent rant in Paris Review by esteemed short story writer Peter Orner, explaining why he will not defend the short story– his remarks making clear he doesn’t believe the story art is for the general public– and no apologies for this from establishment writers are needed, thank you.
*******

Neither Rooney nor Orner consider a way out of the box in which the literary art is trapped, currently accessible only to “a particular class.” They have no incentive to seek an alternative.

We at New Pop Lit do, as we and our modest literary project exist on the margins of what has become a marginal art. We’re thinking of ways to change this.

ONE WAY is the multidimensional (“3-D”) short story, designed to be faster and more thrilling than the standard literary model, answering those attention-span questions Peter Orner scoffs at.

One prototype example of this kind of story has been released by us, “Vodka Friday Night.” More are coming.

CAN THE ART BE SAVED?

Business history of other arts shows that it can. I’ve given often the example of the music business and the rise of rock n roll– which multiplied the size of that industry many times over. This is well explained in this article by Johannes Ripken. Can writers duplicate that outsized success? Maybe– if they create more exciting short fiction that’s even faster and more direct than our prototype. Moreover, what’s needed are young writers who can connect with a new generation of readers via personality, talent, and attitude. In other words, stars.