OUR COVERAGE OF THE JUNOT DIAZ CONTROVERSY CONTINUES

WE’VE been receiving a certain number of tips and information regarding the Junot Diaz matter and are trying to look into all of them. Several of them come from the Dominican Republic.

One, for instance, about the mysterious @Get_Hip twitter account. This person joined the anti-Junot Diaz bandwagon when news broke, claiming to be from the Dominican Republic. Journalist Anna Silman even encouraged this individual to contact her– but when “Get Hip” was questioned about her claims the twitter account swiftly vanished. One of Monica Byrne’s apocryphal 38 names? 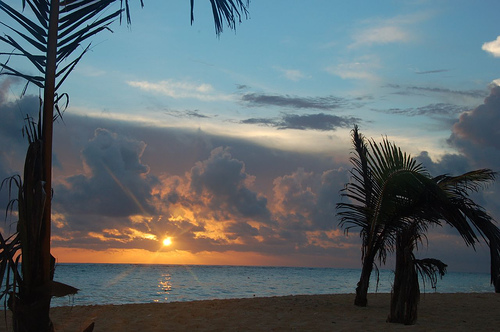 AMONG other emails we’ve received, I can excerpt these quotes, from individuals who wish to remain anonymous:

One (almost) invisible aspect– at least in the mainstream media–of this saga is the silence of the Dominican artistic community. Why? you might wonder. According to a well respected male Dominican writer and early supporter of Junot –and early means the time he was starving like a dog–there is a climate of fear thanks to the way some people have reclaimed the #MeToo movement or sentiment to advance their own personal, reactionary and individualistic agendas that have nothing to do with fighting for women’s liberation or fighting for a just and better world. So some people are waiting to see how it all ends. No one wants their careers, personal reputations or livelihoods destroyed by a media frenzy. Despues de la tormenta viene la calma.

When the Junot affair exploded it also had important ramifications in the Dominican Republic where most people adore him except for right wingers because of his political outlook. In social media, right-wingers used Zinzi Clemmons’ words to destroy Junot and demonstrate what a ‘pervert” and “degenerate” he was. For right wingers, Junot should be silenced at all cost for his outspoken support of social justice causes: immigrant rights, abortion, gay liberation, etc. Was Zinzi aware of the damage she was inflicting on Junot or the Dominican community? Did she know that by attacking Junot she was also silencing someone who spoke out against injustice against immigrants and other marginalized groups in society not only in the Dominican Republic but also in the US? Perhaps she never cared about the consequences or she was not aware of the activism Junot was involved. Or better yet, she never cared. The middle class never cares. Clearly, there are class issues at play.

Zinzi and the others aided far right xenophobic elements in the Dominican Republic who now argue that Junot is a rapist or a sexual predator. Her actions damaged the reputation of one of the most outspoken writers of these last decades in the US and the world, someone who went to picket lines; denounced corrupt politicians here and abroad and expressed solidarity for the best causes. And the end, this is the story of how a media frenzy was able to silence–for the time being– a public intellectual.
*******

THESE quotes are a mix of information, speculation, and opinion. I’m offering them here for information purposes– our goal to present vantage points not given by the mainstream media. Take them for what you will– Dominican writers can better judge their accuracy than I can.

THOUGH I think in some sense the affair is over– or should be over, given what’s been discovered about the weakness of the accusations against Junot Diaz– I also believe there’s more to find out about the larger picture. Including the full role of media people in creating this controversy on May 4.

If YOU have credible information to add, feel free to send it to us c/o newpoplitATgmailDOTcom.