AN INSIDER’S HONEST LOOK AT THE INSIDER LITERARY SCENE 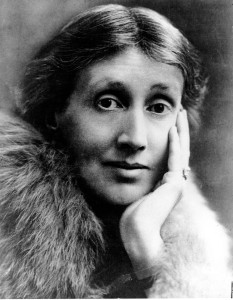 VIRGINIA WOOLF is considered one of the literary gods of the Twentieth Century, not just by British literary critics, but those in America as well.

I found it interesting, then, to discover this quotation in a book, Stet: a memoir, by long-time British editor-publisher Diana Athill. In this excerpt from her memoir’s final chapter, Athill is discussing “a particular caste” in control of British publishing:

Of that caste I am a member: one of the mostly London-dwelling, university-educated, upper-middle-class English people who took over publishing towards the end of the nineteenth century from the booksellers who used to run it. Most of us loved books and genuinely tried to understand the differences between good and bad writing; but I suspect that if we were examined from a gods’-eye viewpoint it would be seen that quite often our ‘good’ was good only according to the notions of the caste. Straining for that gods’-eye view, I sometimes think that not a few of the books I once took pleasure in publishing were pretty futile, and that the same was true of other houses. Two quintessentially ‘caste’ writers, one from the less pretentious end of the scale, the other from its highest reaches, were Angela Thirkell and Virginia Woolf. Thirkell is embarrassing– I always knew that, but would have published her, given the chance, because she was so obviously a seller. And Woolf, whom I revered in my youth, now seems almost more embarrassing because the claims made for her were so high. Not only did she belong to the caste, but she was unable to see beyond its boundaries– and that self-consciously ‘beautiful’ writing, all those adjectives– oh dear! Caste standards– it ought not to need saying– have no right to be considered sacrosanct.

This applies not just to British publishing of the Twentieth Century– but to American publishing centered in New York City, and to those in the academy, now. A marked inability to look beyond their narrow world to see the possibilities that exist for the literary art today, and those which could exist, given imagination, ambition, and boldness.
******* 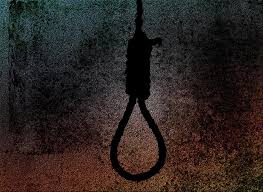 WORD today is that Ian Buruma is out as editor of New York Review of Books after fallout from his allowing accused sexual batterer Jian Ghomeshi to write a mea culpa complaint for the publication. Some past accusers like Jesse Brown counter-complained  that Ghomeshi’s essay was filled with “inaccuracies, omissions, evasions, and mischaracterizations.” Other literary persons and activists were outraged simply that Ghomeshi’s name appeared in anything.

BUT– that wasn’t enough for these hysterical times. For the mob, Ghomeshi and anyone who enables him– though he was already judged by the legal system– needs to be obliterated.

New York Review of Books was founded under questionable circumstances during a newspaper strike with Random House money. Yet, over the decades it’s had quite the glamorous history. Has been contentious, and to this commentator’s knowledge has never before caved under pressure– at least not so immediately.

-WRITERS themselves seem to be leading the literary lynch mob, which conjures up images of approved apparatchik scribblers during the halcyon days of the Soviet Union.

-WHETHER Ian Buruma resigned or was fired, someone at NYR of B caved into mob pressure all too quickly. Another blow to the integrity and independence of literary magazines.

-THIS is another in the ongoing castration of classically macho establishment literary publications. (See Paris Review.)