In hindsight, the appointment of Ian Buruma as Editor of the New York Review of Books was a disaster. Buruma was daring enough to court controversy, but not strong enough to fight for the integrity and independence of his publication.

A fighter would’ve done a better job of explaining why he ran the Jian Ghomeshi essay. Why recovery and redemption are important. Why editorial autonomy is necessary– especially in a climate of rush-to-judgement lynch mobs and unthinking hysteria.

A fighter would’ve gone to advertisers– one by one if need be– to make his case. Instead, Ian Buruma became one more casualty of today’s Literary McCarthyism.

WHAT KIND OF EDITOR?

What kind of editor is needed as Ian Buruma’s replacement?

Someone who could replicate the daring intellectual excitement represented by the New York Review of Books when it arrived on the media scene in February, 1963. 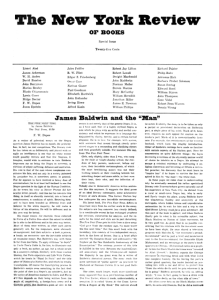 A contentious, voluble writer akin to Norman Mailer. A person willing to be aggressive in taking on and dispersing any unthinking mob– willing to use the momentum of intellect and power of voice to restore sanity to today’s literary world.

WHO WILL New York Review of Books choose instead?

One of two safe alternatives.

1.) Almost certainly, a woman. Knee-jerk reaction to appease the angry mob. In this time of MeToo mania, it would be too risky for their risk-averse publishers to choose otherwise. Have to remember those advertisers!

2.)  IF they were to choose a male editor, it would be someone properly screened and defanged, without a shred of volatility. Fully establishment and left-leaning, on the order of smiling Keith Gessen. Ready to appease everybody. Affable, innocuous, and bland.

Someone who’s had a relationship with New York Review of Books. Whose own publication, n+1 magazine was in many ways made by them.

Or someone of that kind.