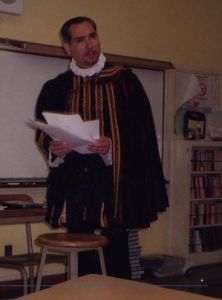 Tarzana Joe is one of America’s few true poet celebrities, via his regular appearances on the nationally syndicated Hugh Hewitt Show. It’s therefore a mini-coup to obtain one of his poems for our Fun Pop Poetry feature. See the poem.

Tarzana Joe could be called the uncrowned champion of contemporary pop poetry. At the moment he is the master of the form.

American pop poetry has a long pedigree. Edgar Allan Poe was a pop poet through widely-known works like “The Bells,” “The Raven,” and “El Dorado.” Robert W. Service is another classic example of an American pop poet, whose “The Shooting of Dan McGrew” was wildly popular in the first half of the Twentieth Century.

Our goal with our Fun Pop Poetry feature is to restore the profile of the pop poetry genre in America.

While Tarzana Joe is pop poetry’s leading personality, we’re discovering no shortage of other claimants to that designation. Among them:

Blixa BelGrande, whose poetry ranges from the furious to the facetious to the outrageous.

Craig Kurtz has been writing pop poetry since the 1990’s, usually with a historical motif. 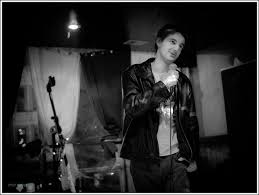 Emerson Dameron runs the Weird Deer website, and has performed at open mics around the country. So far we’ve obtained only one pop poem from Emerson, but it was a good one.

Keep up with the pop poetry movement at Fun Pop Poetry.