REFLECTIONS THE MORNING AFTER THE SUPERBOWL

The NFL will have to invoke the mercy rule. The New England Patriots have gone to the Superbowl too many times. They’ve turned the vaunted National Football League into something of a joke. Despite all attempts at creating parity in the league, one increasingly creaky team continues to dominate.

They achieved the Lombardi Trophy for winning the Superbowl with a 41 year-old quarterback against three teams each with more talent than them.

HOW DO THEY DO IT?

The New England Patriots’ success illustrates the truth that value in the world, as in an economy, comes from the mind.

For 18 years the Patriots have leveraged some incremental intangible advantage– somehow out-training and out-thinking their adversaries. Not by a lot, but by enough. Over the years that edge has multiplied so that even this year with a team of players literally in some cases off the street, Bill Belichick and Tom Brady, instituters of a slightly better system, have devastated the league– to the extent that critics continue to cry “luck!” or “cheating!” Which illustrates the critics’ lack of understanding.

HOW THE WORLD WORKS

Isn’t it the way of the world that an enterprise gains a slight edge over its competitors, and that edge multiplies itself again and again until the business dominates its field? In some cases becoming a monopoly. This explains the success of Starbucks and McDonald’s. They have a slight intangible edge– are able to in some way out-think and outperform their rivals. A better plan. Better thinking.

The key part of this is the way an edge is leveraged. Which explains the creation of billionaires.

This phenomenon applies to history. It explains, for instance, the rise of the West– how a better economic system combined with a stronger belief system gave Europe an edge which continued to increase, and increase. The phenomenon explains how America became, in less than 200 years after its founding, the greatest civilization the world has ever seen.

THAT America continues to value the individual mind more than do other countries– the key to American success– continues to give it an edge which draws value, in the form of ambitious go-getters, from around the world.

Our bet at New Pop Lit is that creating and discovering better literary products, and presenting them in a better way, will give us an edge which will multiply quickly throughout the literary realm– and draw ambitious talent to our modest site.

WE SEE how the wrong way of writing has multiplied itself throughout literature and publishing, via MFA programs and take-no-risks conglomerates– which explains the stagnation of the dominance of mere competence in fiction and poetry circa 2019.

The task is to change that. 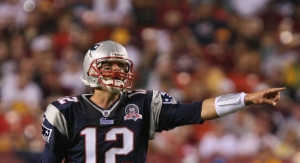