COMING SOON  or already out are a number of new books from our favorite pop lit writers. (Scroll down on this blog to read about one from Alex Bernstein.)

This includes a new book of stories, By the Wayside, from Anne Leigh Parrish. New Pop Lit editor Karl Wenclas is privileged to have written a blurb for the book, displayed on the back cover. 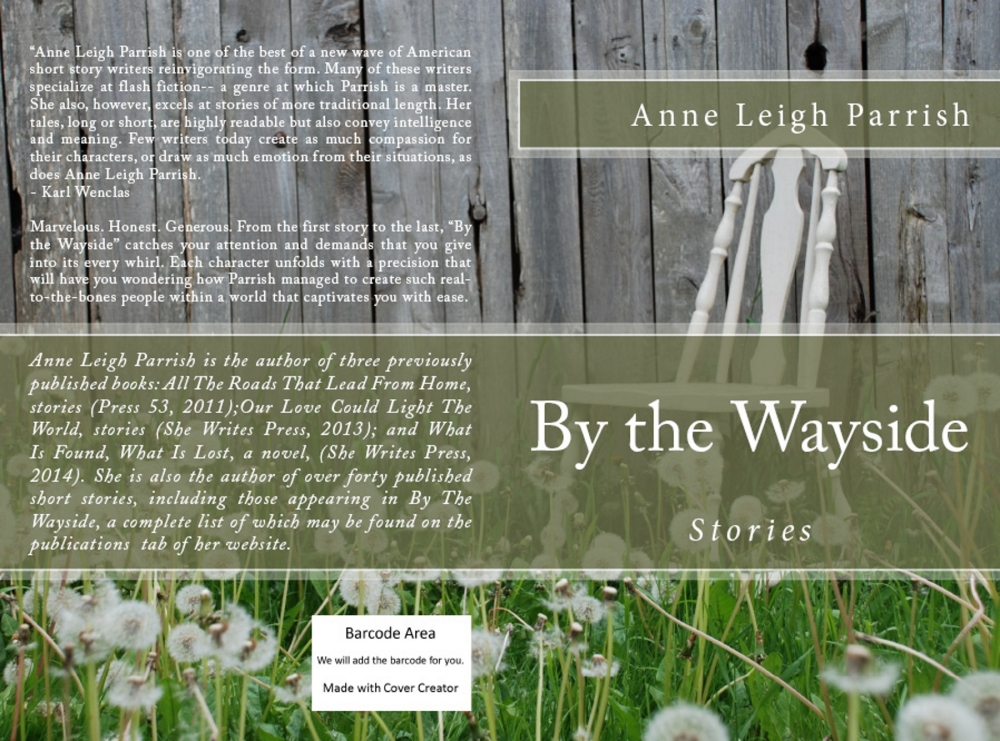 Coming soon– in a day or two– is Part Two of our Overview of new writers, which we call “Hyper-Talents of the New Literary Age.” Included in the discussion will be a few words about Anne Leigh Parrish herself, who’s among those leading the charge for a reinvented literary art. That continued discussion will appear right here, so don’t miss it!

For one thing, Plrknib is the title of a new memoir by Alex Bernstein. But it’s also more than that. We’ll be reviewing the book right here, upcoming. The first of several new releases worth discussing, from America’s best new writers. What’s happening? For literary news we’re the go-to place.

Meanwhile, if you want to get a jump on the crowd and discover for yourself the “plrknib” secret, get a copy via this page.

ARE THE BIG 5 IN TROUBLE?

Seldom has a book received as much advance hype as Jonathan Franzen’s 563-page novel, Purity, due out September 1 from the Farrar, Straus & Giroux company. Advance reviews, articles, and interviews are multiplying across the internet. Seemingly every Manhattan Monopoly literary person has been unleashed to gush over the thing.

No one is announcing the size of the advance Franzen and his agent, Susan Golomb, received. A million dollars? Easy. Two million? Three? We can only speculate.

The question is why the publisher is ALREADY heavily discounting the book, before it’s even been released. This moment Amazon is selling it, under pre-order status, for $15.40– which is not quite half off the novel’s $28 cover price. Is FSG afraid that they otherwise won’t move copies?

The contradictions of Manhattan publishing may be catching up to the industry. The advance given to Franzen, as we said, no doubt was sizable. His agent, Ms. Golomb, doesn’t come cheap, and took her cut of the payment. Farrar also has a large suite of offices– on expensive New York real estate– to pay for, as well as phalanxes of editors and publicists and other staff people. Farrar, Straus & Giroux has also budgeted a huge sum for advertising and other avenues of publicity.

Purity is not just FSG’s, but the entire New York City-based industry’s, big book of the season. From the novel they need to obtain sales and prestige. By all accounts (biased, certainly, from a host of literary media flunkies) the novel is perceived to be a great artistic triumph. Jonathan Franzen is the industry’s leading novelist. His previous two successes sold millions of copies. He has a built-in, long-sustained and proven reputation. His image has been on the cover of Time magazine– and may be again this time. The book has all the earmarks of a “sure thing.”

Why, then, the discounting?

(Could they possibly fear that Jonathan Franzen is not in fact a very exciting writer?)

What’s the truth of the matter?

The truth is that Jonathan Franzen produces what can be called coffee table books. They look impressive. Their author carries a ton of prestige. They’re the kind of thing which rich people in New York or in plush suburbs across the country will purchase to show off as indications of their taste and breeding. The novels look fine placed on coffee tables. “Oh! Jonathan Franzen,” house guests will say. “His latest!”

Owning the plodding novels is like possessing the latest model Rolls or Mercedes. But few people actually read them.